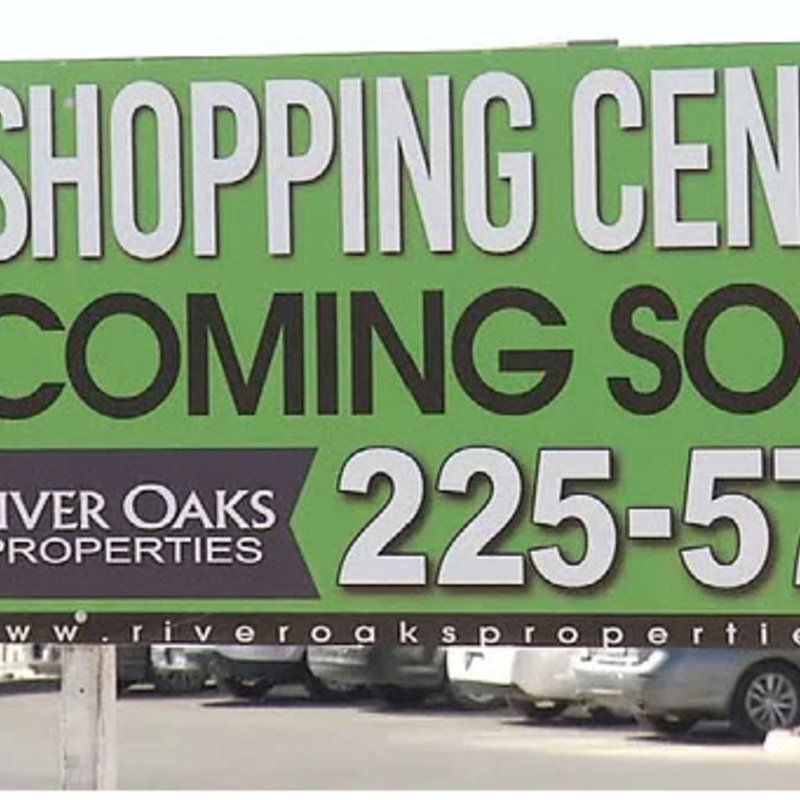 Shopping Centers taking over El Paso are here to stay

EL PASO, Texas (KFOX14) — It’s no secret that the city of El Paso is growing, which means commercial development is booming, too. As we hear that traditional brick-and-mortar stores are becoming a thing of the past, El Paso seems to be home to hundreds of shopping centers, with more on the way. “We try and build our shopping centers wherever the growth is,” said president of River Oaks Properties Adam Frank. River Oaks Properties manages several properties in El Paso. “We have several million square feet in over 70 shopping centers throughout the city,” Frank said. More and more shopping centers are opening up in the Borderland. “We’re a retail shopping center developer. We like to go where the new houses are,” he said. From the far east to the northeast and to the northwest, strip malls are popping up all over town. “There’s definitely been a significant momentum,” said Jessica Herrera, director of the city’s Economic and International Development Department. She said commercial development follows new homes. “So, the more rooftops you bring in to an area of town, the more services are going to be needed to be able to provide to the neighborhoods around that area,” said Herrera. “That’s why you’re seeing a lot of new construction right off along I-10, along U.S. Highway 54. You’re definitely seeing it on all parts of the city,” she said.

Many El Pasoans told KFOX14 that they welcome new development. “Well, the city’s growing, so it’s a good thing, as well, because it provides more jobs and more opportunities,” said west El Paso resident Ana Payan. “I think, you know, getting that economic impact to be spread all over the city is great,” said northeast El Paso resident Rudy Vasquez. But, in many of the shopping centers across El Paso, you can also find empty storefronts and an ad offering space to rent. “On the smaller shopping centers, depending on the size and the location, we can build a smaller building speculative and attract tenants after,” said Frank. But, why build new strip malls when so many existing ones are empty? We took that question to Tom Fullerton, an economics professor at the University of Texas. Fullerton said it’s all about competition. “A lot of the shopping center investment taking place in El Paso and elsewhere in the United States is taking place because the investors think that they can offer a better, more competitive set of products and services that existing shopping centers can,” he said. Though the formula for developing retail spaces may be different for each company, Frank said his company does not always build without tenants.

River Oaks Properties manages smaller scale properties, such as Las Tiendas de Zaragoza II and Eastlake Village in far east El Paso. But it also manages the much larger West Towne Marketplace in northwest El Paso. “We track demographics, populations, wherever the growth (is) and we see future ability to attract retail tenants,” he said. “On the larger centers, we always get the leases in place before we build the shopping center.” Are brick-and-mortar stores truly becoming obsolete? As we see more retail spaces being built, several stores in the Borderland have closed their doors. Fullerton said it’s not only because of online sales. He said people moving to newer areas in town and competition are also to blame. “E-commerce is not going to be the end of brick-and-mortar retail,” he said. An El Paso resident said he’s caught between the two ways to buy products. “Shopping from home is very comfortable, but at the same time, it’s rather enjoyable to be out there,” said downtown El Paso resident Ron Ruiz. Fullerton said that shopping centers have survived so long because of evolution. “Before, people went to shopping centers and almost exclusively bought merchandise, physical merchandise, things. Now, they’re going to shopping centers and they’re buying a lot of services,” he said. “So, the nature of what’s being purchased at these stores, or at these shopping centers, has evolved and, along with it, the type of retail tenants that are occupying these shopping centers has changed, as well.” That means now you can find urgent cares, insurance offices and restaurants in shopping centers, along with bigger corporate-owned businesses. “You can go eat. You can go shop. I mean, go get a check-up or something. It’s pretty cool,” said west El Paso resident Alonso Barron. Herrera said El Paso has been fortunate, because the economy has been very steady over the years. “El Paso has always really experienced a very steady growth, when it comes to residential and/or commercial,” she said. Herrera told KFOX14 that, in the last fiscal year, which ran from October 2016 through September 2017, nearly 100 new commercial permits were obtained. She said that exceeded $270 million in investments for the city of El Paso. “We foresee strong job growth and we also foresee a strong increase in sales, especially retail sales,” she said. “I think we’re looking at close to $13 billion in 2018, which is very, very significant. Fullerton said that, as far as he can see, shopping centers are here to stay. “In fact, it’s hard to imagine shopping centers ever completely going away,” he said.