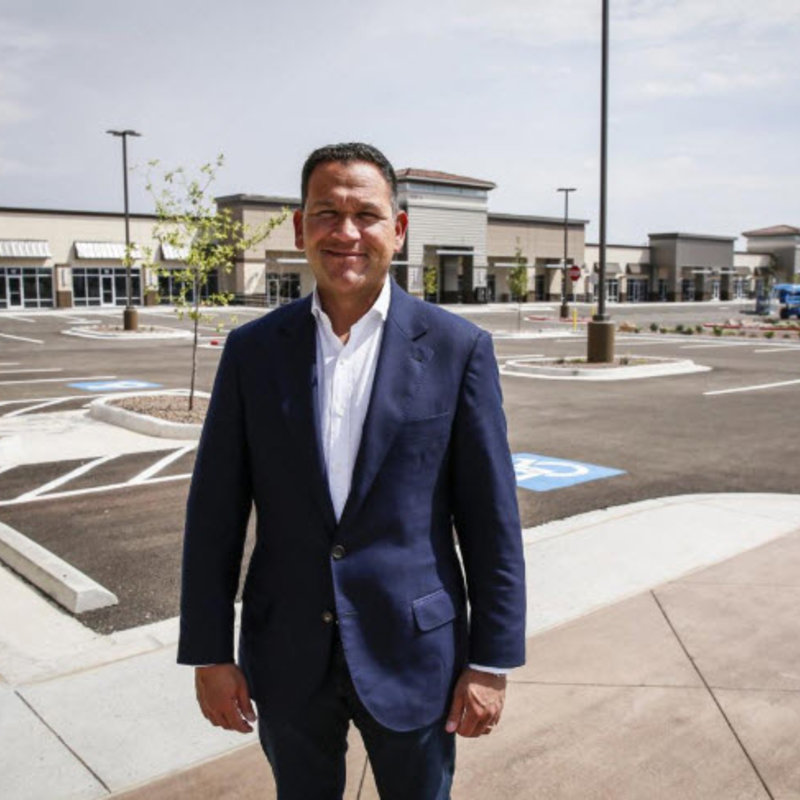 One of El Paso’s largest retail developers will spend the next two years building 11 new shopping centers, totaling more than 500,000-square-feet, as it focuses on Far East El Paso.

Adam Frank, president of River Oaks Properties, laid out the company’s growth plans in an interview with El Paso Inc. last week, including plans for a new Albertsons.

It will be the national chain’s first new borderland grocery store in years when it opens in Far East El Paso at the intersection of Zaragoza and Pebble Hills. The 63,000-square-foot store will also be among the largest in the region.

“Albertsons does a really good job in El Paso, and they can compete with Walmart, Target and Sprouts,” Frank said. “They were ready to go up against them in Far East El Paso.”

A deal three years in the making, the supermarket will open in The Market at Pebble Hills shopping center, which River Oaks plans to complete in 2020. The center will also include an Albertsons convenience store with a gas station.

It is one of several shopping centers River Oaks is building, growth that will create several thousand jobs, Frank said. Founded 51 years ago, the company is owned by Frank’s father-in-law, Gerald Rubin. Frank became president in 2006.

Its projects include a large power center anchored by a movie theater at the corner of Eastlake and Interstate 10. It will have 250,000 square feet of retail space and open in fall 2020, Frank said.

Other developments include the Paseo Real shopping center at Zaragoza and Edgemere and the 40,000-square-foot Reserve at Rich Beem shopping center. The Reserve will be a “smart-growth” development with outdoor patios, upgraded landscaping and common areas for gatherings.

Frank said River Oaks also owns several hundred acres of undeveloped land, mostly in Far East, including a 100-acre plot near Montana and Joe Battle that could become a large power center in the future.

“We bought a lot of land about 15 or 20 years ago and held it through recession, through rocky times,” Frank said. “Now with all the homes being built in Far East El Paso, the retail is catching up. It’s a good market.”

Though big-box chain stores are still popular in the El Paso region, they’ve shrunk over the years due to competition from online retail giants like Amazon. And Frank said River Oaks plans to build smaller, neighborhood retail centers in the future.

The company is just about done with its major retail developments on the Westside, including West Towne Marketplace, where Flix Brewhouse opened last week.

River Oaks is building retail space in nearly every part of the city, except for one place: Downtown.

Frank said River Oaks has been selling off its Downtown portfolio over the last few years because of a weak retail market in the city’s center.

The Downtown River Oaks holdings include a vacant building in the Union Plaza Entertainment District that once housed a popular restaurant, The Garden, and was briefly an events center called The Venue.

Frank said the retail market in Downtown is not what it used to be and things like parking hinder changes.

“There’s a big revitalization at play, which is great – hotels, living space and entertainment. I think that’s great but retail is kinda the last phase of that,” Frank said. “So retail might come back, but not as what it was.

“I know people say that’s a good thing, so maybe it’ll happen in a decade or so. But for the near future, we don’t see any positive signs for Downtown retail.”

Frank said a lack of parking is not the only barrier to developing retail as El Paso continues to grow. Things like large road construction projects hurt more than just commuters.

Frank said the possible reconstruction of Mesa Street, from UTEP to Sunland Park, will impact a host of River Oaks properties — and the company’s headquarters — along one of the city’s major arteries.

“Construction is growth and it’s progress and I’m all for that, but it’s not always done properly,” Frank said.

Despite the growth headaches, Frank said the El Paso retail market is good and River Oaks has the capabilities to continue building alongside the city’s expansion.

“We have several hundred acres and I have enough supply to develop for a long time, as long as the market stays OK and El Paso continues to grow,” Frank said. “I have in excess of 20 years of supply to build.”