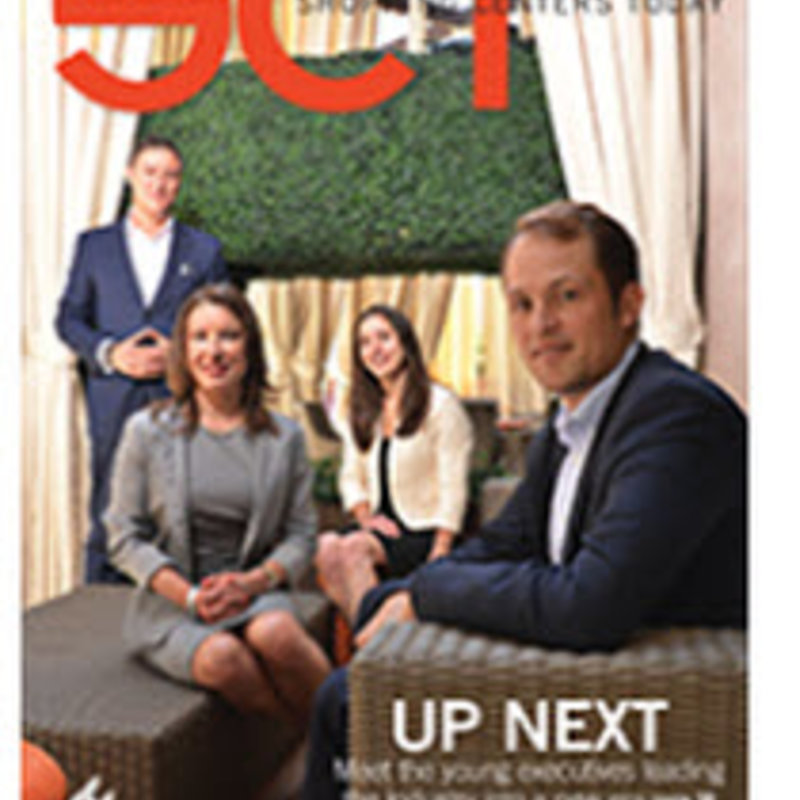 Retail development is surging at the U.S.-Mexico border

Despite the weakness of the Mexican peso against the U.S. dollar and the emotional politics stirred up by controversial talk of building a giant border wall, Mexican nationals continue to stream across the border into Texas to shop the growing numbers of American shopping centers being built or expanded to accommodate them. Indeed, Mexico residents account for about $4.5 billion in annual retail sales in Texas counties along the border, according to Tom Fullerton, a professor of economics at The University of Texas at El Paso. This bounty has motivated a cast of international and local developers to expand their retail presence on the U.S side, particularly in the Rio Grande Valley, which includes the cities of Brownsville, Edinburg, Harlingen, Hidalgo, McAllen, Mission and others.

Among these developers is Simon, which is building a 245,000-square-foot addition to its 1.2 million-square-foot La Plaza Mall, in McAllen. La Plaza, eight miles from the border, is a popular shopping hub for visitors from nearby Reynosa and Saltillo, and also from Monterrey, which is farther away, mall officials say. This new phase, scheduled to open in the fall of 2017, comprises 50 stores, six restaurants and two parking decks.

Some 40 percent of La Plaza visitors travel from Mexico, says marketing director Isabel Rodriguez. In fact, one-third of McAllen’s overall retail activity is attributable to Mexican nationals, according to Roberto Coronado, senior economist in the El Paso branch of the Federal Reserve Bank of Dallas.

Also coming to McAllen is a grouping of several new or expanding retail, hotel and mixed-use projects, including the Palms Crossing (expanding) and The Shops at 29th (new), both of which near the McAllen Civic Center, which is under construction. (The city is calling the entire project its own West Side Story.) Plans are for some 200,000 square feet of new retail space there over the next few years

In Edinburg, northeast of McAllen, locally based Burns Brothers Co. is developing the 500,000-square-foot, mixed-use Resaca Market lifestyle center, pegged for a 2017 opening. The $250 million, 45-acre project off U.S. Highway 28 will encompass some 350,000 square feet of retail, a movie theater, a hotel, a boardwalk and a man-made lake. “Retail sales continue to be very strong in Rio Grande Valley, which has grown to a population of over 1.3 million,” said Thomas Tyng, a partner at San Antonio–based Reata Real Estate. “For a long time, the Valley was considered a second-tier market, but large retailers looking at Austin and San Antonio are now looking there at the same time.” While discount soft-goods sellers such as Academy Sports & Outdoors, Ross Dress for Less and Marshalls have been successful in border cities, the likes of Bass Pro Shops, which opened in Harlingen, and Dave & Buster’s, which did the same in McAllen, are doing well too, according to Tyng. Robust residential growth in Edinburg, Hidalgo, McAllen and Mission has helped spur retail growth, he says.

Sprouts Farmers Market has opened two stores in El Paso and is now seeking a third there, according to Bryan Cornelius, a broker and partner at Dallas-based Venture Commercial Real Estate, which represents Sprouts in U.S. border towns. “We have Mexican nationals coming in with coolers and buying all the salmon to take across the border,” he said. Much cross-border trade is driven by a lack of retail selection on the Mexican side. Cornelius, a former Payless Shoe Source real estate executive, says Payless stores along the border sell 20 percent to 30 percent more than the typical Payless.

Like Tyng, Cornelius has seen an uptick in higher-quality concepts on the U.S. side. The 3-year-old Fountains at Farah, in central El Paso, developed by Centergy Retail, of Dallas, has a mid-to-high-end mix that includes Altar’d State, Deutsch & Deutsch, Loft and West Elm, he notes. “The notion that all shoppers from Mexico gravitate only to discounters is a misconception,” said Cornelius. “Many Mexican nationals coming over the border have lots of money, it’s just hard for them to buy what they want at home.” Instead of building in northern Mexico, many retailers find that they can serve those same consumers over on the U.S. side without having to put up with Mexican bureaucracy, he says.

Another new project, the 500,000-square-foot, open-air West Towne Marketplace, is set to open on El Paso’s west side by year-end 2017. This 63-acre retail-entertainment complex on Interstate 10, developed by El Paso–based River Oaks Properties, will have a grocery anchor, big-box sporting-goods and clothing retailers, a movie theater and some upscale restaurants. Also in West El Paso, work has begun on the mixed-use Montecillo Town Center, just north of Ciudad Juárez. Locally based EPT Land Communities is planning 104,000 square feet of retail, including a grocery and an Alamo Drafthouse cinema, some residences, a hotel and office spaces. This is only the first phase of the 292-acre project, which will eventually comprise 400,000 square feet of retail and 8,000 living units.

The Outlet Shoppes of Laredo, under construction across the heavily traveled Gateway to the Americas Bridge, is slated for a March 2017 opening. The 358,000-square-foot first phase, developed jointly by Horizon Group Properties and CBL & Associates, will feature outlet stores for Brooks Brothers, H&M, Michael Kors, The Limited, Under Armour and dozens more. Laredo also boasts the nation’s top Walmart by sales per square foot, according to the Laredo Development Foundation. Locally based Killam Development is building phase two of its 350,000-square-foot Paseo Casa Blanca center on the east side, anchored by a 50,000-square-foot Conn’s. In Brownsville, CBL’s Sunrise Mall added a Dick’s Sporting Good in a major renovation last year before bringing H&M aboard this year.

Established retailers on the U.S. side, such as Ross Stores, typically have generous loyalty programs aimed at Mexican nationals, plus bilingual signage and employees, Cornelius says. Simon’s La Plaza goes to great lengths to cater to Mexican shoppers: It has bilingual guest-services personnel and three tax-back offices (these issue sales-tax refunds to shoppers taking purchases back to Mexico), a currency-exchange business and two banks to assist them, according to Rodriguez.

Mexico’s relatively slow adaptation to online retail continues to boost brick-and-mortar sales on the U.S. side, though a younger, smartphone-toting generation in Mexico is beginning to reverse that, according to an A.T. Kearney report titled 2016: The Tipping Point for E-Commerce in Mexico.

In the fall of 2013, Mexican lawmakers increased sales tax in the northern region from 11 percent to 16 percent — about twice what is charged in Texas border cities — which only spurred further cross-border spending. Consumer reaction to the tax has abated and is offset somewhat by the peso’s present weakness relative to the dollar, according to Fullerton. “If the peso stabilizes by October or November,” the economics professor said, “it could potentially lead to a bumper holiday season for Texas retailers on the north side.”