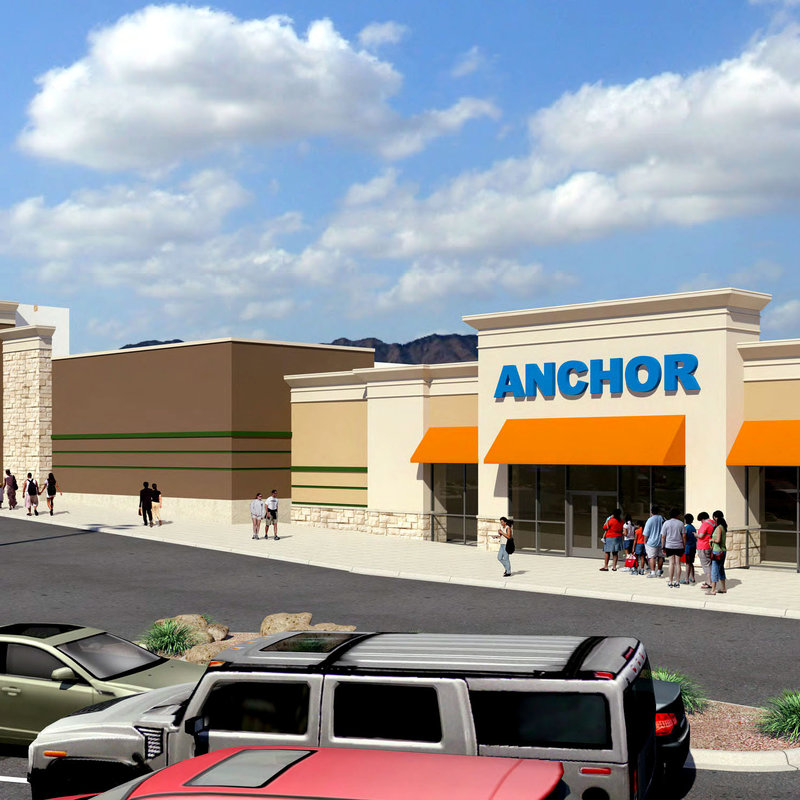 River Oaks Properties, one of two major retail developers in El Paso, is building new shopping centers at its fastest pace since businessman Gerald Rubin founded the company in 1968. “The economy in El Paso is very, very stable,” company president Adam Frank told El Paso Inc. “We are still in a low interest rate environment, and El Paso is still underserved in retail.” One year after launching a $200-million retail development plan, the company is on track to build 2-million-square feet of new retail space in El Paso by 2020, according to Frank. That’s roughly equal to 35 football fields.And in 2017, River Oaks plans to begin construction on a new development Frank described as “the largest project in our company’s history,” which will be located in the fast-growing northwest fringe of the city. An announcement with more details will “come soon,” he said. This year, River Oaks has finished a new shopping center every two months, building more than 1,000-square-feet of new retail space a day, on average.

“The retail sector in El Paso County is now knocking on the doors of being a $12-billion-a-year enterprise. And given what has materialized in recent years, it’s no surprise that the type of investment going on currently is occurring,” said Tom Fullerton, an economist at the University of Texas at El Paso. Growth in retail sales in El Paso is projected to continue despite economic headwinds, such as troop reductions at Fort Bliss and the falling peso, which has curbed the purchasing power of Mexican nationals who shop in El Paso, according to Fullerton. The Las Cruces economy continues to be in the doldrums, which has also slowed retail growth in El Paso by reducing the flow of customers south to stores here. But incomes in El Paso County are projected to grow and unemployment to continue to fall, Fullerton said. Recovery from the recession was in place by 2011 and the retail sector has continued to grow since then, he said. Retail sales in El Paso County are forecast to grow 4.8 percent this year and 5.1 percent next year, reaching $12.5 billion by the end of 2016, according to the most recent Borderplex Economic Outlook published by the University of Texas at El Paso. River Oaks Properties’ local competitor, Mimco, also has new shopping centers under construction, although it is not building as aggressively. Mimco president Bob Ayoub said their new shopping centers are being leased as quickly as they can build them. “It continues to fill up,” he said. This year, Mimco completed two 100,000-square-foot shopping centers, one in Horizon City just east of El Paso and one on the Westside at Upper Valley and Artcraft.

Frank said the rule of thumb is that there are three jobs created for every 1,000-square-feet of new retail space. By that measure, the 400,000-square-feet of retail space River Oaks built this year could spur the creation of 1,200 jobs. Retail jobs may not be the highest paying in El Paso, Fullerton said, but they provide good opportunities for workers who don’t have advanced skills or a much work experience. “There are a lot of people everywhere in the United States, probably in Mexico and Canada, too, that occupy high-salary, high-skill positions whose first job was in retail,” he said. Civilian job growth in El Paso is forecast to be strongest in construction-related occupations over the next couple of years. Health care and community and social service occupations are also expected to see healthy job growth, according to an employment growth forecast to be released this week. The report is being published by the Hunt Institute for Global Competitiveness, a local non-partisan think tank headquartered at the University of Texas at El Paso.

Ahead of the launch of its retail development plan, River Oaks hired half a dozen employees at its corporate offices at 106 Mesa Park Dr. Frank said the company has outgrown its headquarters. “We are in the process of evaluating an office expansion, possibly relocating and having a new corporate headquarters for River Oaks, but no decision has been made,” Frank said. Frank works for his father-in-law, Gerald Rubin, who owns River Oaks. After Rubin was ousted as CEO of Helen of Troy, a publicly traded consumer goods company, almost two years ago, Rubin turned his focus to his other company, River Oaks, taking the position of CEO. Shopping centers completed by River Oaks this year include North Hills Crossing in Northeast El Paso, a 250,000-square-foot power center anchored by a Wal-Mart grocery store. Frank said the retailers located in the shopping center have reported strong sales since it opened in June. “I received a report from one of the retailers and it was well above expectations,” Frank said. “I think that’s because (Northeast) is starved for retail. There were no big projects out there in decades.”

On the far Eastside, at Zaragoza and Joe Battle, River Oaks is finishing a shopping center where a Sprouts Farmers Market is expected to open early next year, the grocery chain’s second location in El Paso. Next door, Spec’s plans to open a liquor and gourmet foods store. Gander Mountain, the outdoor specialty store chain, opened in May. “There’s a very, very strong consumer in El Paso with a lot of buying power, and that’s what ultimately attracts new chains,” Frank said. No official statistics are kept on the vacancy rate or rents in the El Paso retail sector, but Frank said their properties are probably less than 5-percent vacant and rents “are stable.”