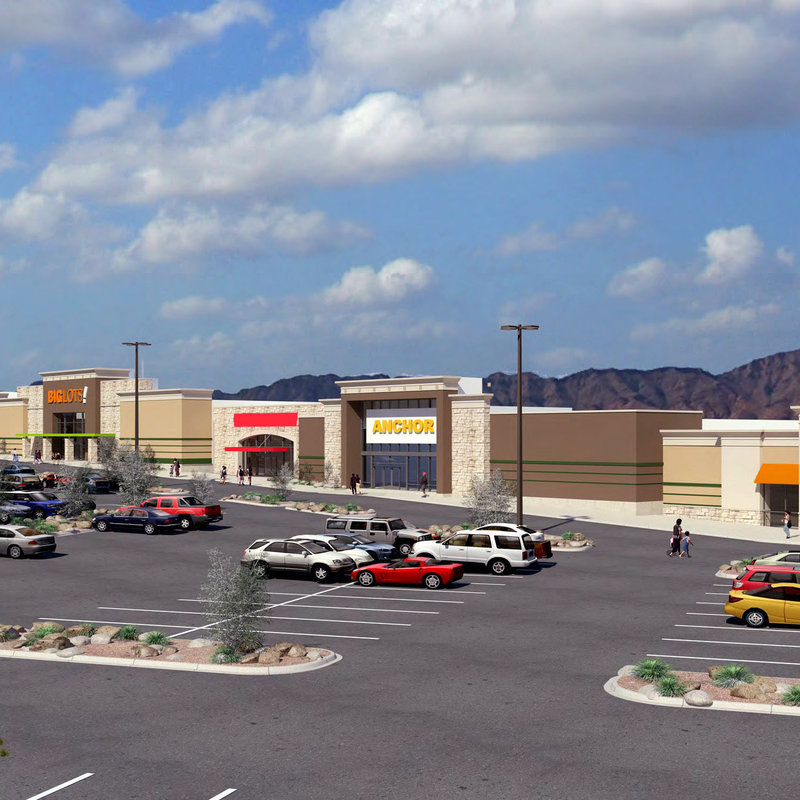 EL PASO, Texas— Northeast El Paso is seeing their first large retail development at the intersection of U.S. Highway 54 and Martin Luther King Blvd. River Oaks developers are building a 250,000-square-foot shopping center. According to our media partners at the El Paso Times, the property will cost a total of $45 million. Adam Frank, president of River Oaks Properties, says the growing number of residents in the East and Northeast is what helped attract new business. “The housing (market) has grown over the last two years of retail but the retail is just now catching up,” said Frank. Michelle Pringle lives in Northeast El Paso and is excited about the new shopping center and said there has always been a lack of shopping options on her side of town “We’ve always had to go to the West side, or the Eastside or over to Bassett Center or something like that,” said Pringle.

Construction on the shopping center started in September, 2014 and is nearly complete. Frank said the development will not only present more shopping options but create economic growth for the area as well. “Through construction and retail there’s approximately 750 jobs that will be generated in the shopping center alone,” said Frank. Although the center will include Walmart and Dollar Tree, which are more easily found in the Northeast, it will also add stores like The Rack Room, Rue 21 and Ross. Businesses, Pringle said, people in the Northeast have been asking for. “We’re looking for some kind of shopping center but really with high quality name brand stores,” said Pringle.

The developers said they cannot disclose restaurants that will be in the center at this time. Pringle said Northeast is often overlooked when it comes to new development. “The problem with being in the Northeast is that they always say people won’t come, the people won’t be there,they’re not going to support whatever we do and that’s not true,” said Pringle. Pringle said the North Hills Crossing Shopping Center may be a step toward giving those who live in Northeast El Paso what they’ve been hoping for. “It’s really nice to see shopping centers of quality that are starting to trust that the Northeast is going to support them and that we’re going to be there and go to their different stores,” said Pringle. “It’s really good to see what’s coming this direction.”