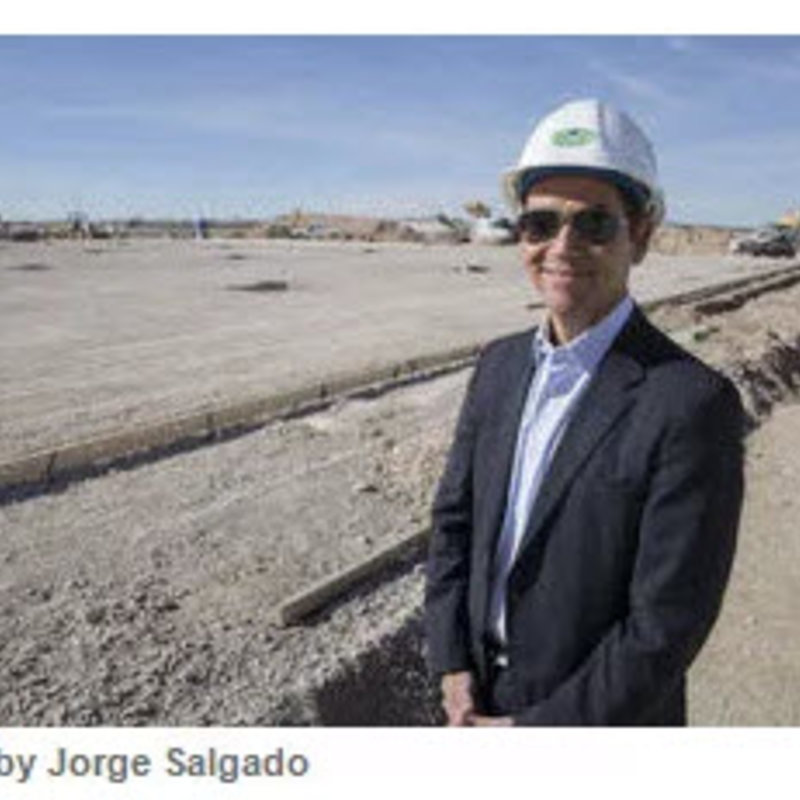 Cabela’s starts construction in West Towne Marketplace. The largest private-sector construction project underway in El Paso is at the intersection of Artcraft and I-10 in fast-growing Northwest El Paso. There, El Paso retail developer River Oaks Properties is building a large shopping center called West Towne Marketplace on 63 acres of vacant land. “We are building the most we’ve ever built, but we are building it because the demand is there,” says River Oaks president Adam Frank. “The economy is good in El Paso and interest rates are still low, so the environment is ripe to continue on this path. We have no plans to stop or slow down.” West Towne Marketplace includes 500,000 square feet of retail and restaurant space. River Oaks purchased the land a few years ago from El Paso businessman Paul Foster and his partners. Cabela’s, the outdoor sporting goods chain known for its giant stores decorated with animal displays, is slated to open its first El Paso store there this fall, according to Frank. The El Paso location will be one of the chain’s smaller-format stores.

Other stores announced include T.J. Maxx, HomeGoods, PetSmart and Rack Room Shoes. The center will be anchored by a 190,000-square-foot, big-box store. What it will be has not been announced but is rumored to be a Walmart Supercenter. “We’re in negotiations right now for a movie theatre that is new to the market – one of the largest theater chains in the world,” Frank says. The big players in El Paso now are Regal Cinemas and Cinemark.

Last Tuesday on the construction site, yellow diggers and bulldozers clawed at large mounds of dirt while convoys of white trucks hauled it away from the site. There was the constant throb of tractor engines and beeping of trucks reversing. Workers will move 500,000 tons of dirt by the time the project is finished. There were about 75 workers on the site, and in a few months, there will be 200 to 250, according to Frank. River Oaks, one of the largest retail developers in El Paso, is in the middle of a $200-million retail development plan that’s building 2 million square feet of retail space across the city. That’s roughly equal to 35 football fields. West Towne is the largest project in the 49-year-old company’s history, according to Frank. “Overall, the economic impact is extremely significant,” Frank says.