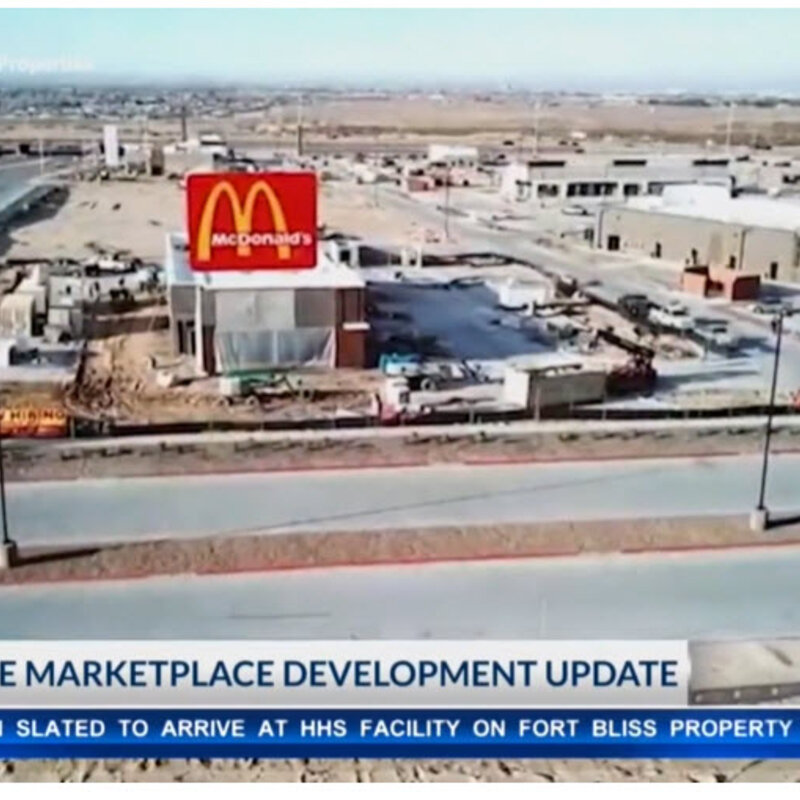 River Oaks Properties president Adam Frank says it really hit the ground running despite minor setbacks brought on by COVID-19, and adds more is on the horizon.

“We have signed leases for almost majority of the center. There’s significant, significant demand,” said Frank. “We have Five Below, Ross, DD’s, Spec’s, Rack Room, Mattress Firm; all coming to the in-line shop space in which you can see is already built.”

Development of the project remains underway, and is the first shopping center travelers can see coming from East to West El Paso.

“We think this project really adds a lot to the neighborhood. It could be accessed from the Valley, from Socorro, from Horizon, of course from I-10, so we look at it as kind of a regional project that will bring a big economic impact to El Paso,” Frank said.

As we’ve reported, the shopping center has 200,000 square feet that will fill with retailers, restaurants, and will include a new Cinemark movie theater.

However due to the pandemic, some retailers including Cinemark, saw a delay.

“Ross and DD’s pushed out the opening slightly. They should’ve been open by now but they got pushed out not because of our project in particular, but because of COVID and other stores that got delayed, trouble getting merchandise, so that caused delays for a lot of retailers,” Frank explained, “Everything from our end is on time. Like I said the first tenants opened. I’d say 9 months from now you’ll see the entire center, by the first of 2022, you’ll see just about everybody open.”

Frank said a majority of the center has signed leases to national tenants and locally-owned franchises which will spike job opportunities for El Pasoans.

However, it doesn’t stop there, “We’re going to continue building on Eastlake Boulevard. We have multiple projects planned for the next two years throughout the rest of Eastlake as you go towards Darrington as well as Zaragoza. That’s where we have an Albertson’s opening up next week. So we’re very bullish about El Paso. We think the economy is great, we will rebound nicely from COVID. We’re all looking to put it past us and we’re excited to be a big part of the growth,” Frank shared.

He said there are plans to start construction on 20 acres of land at the intersection of Rojas and Eastlake offering more shopping space, and expects it to be ready by the end of 2022.

Copyright 2021 Nexstar Inc. All rights reserved. This material may not be published, broadcast, rewritten, or redistributed.