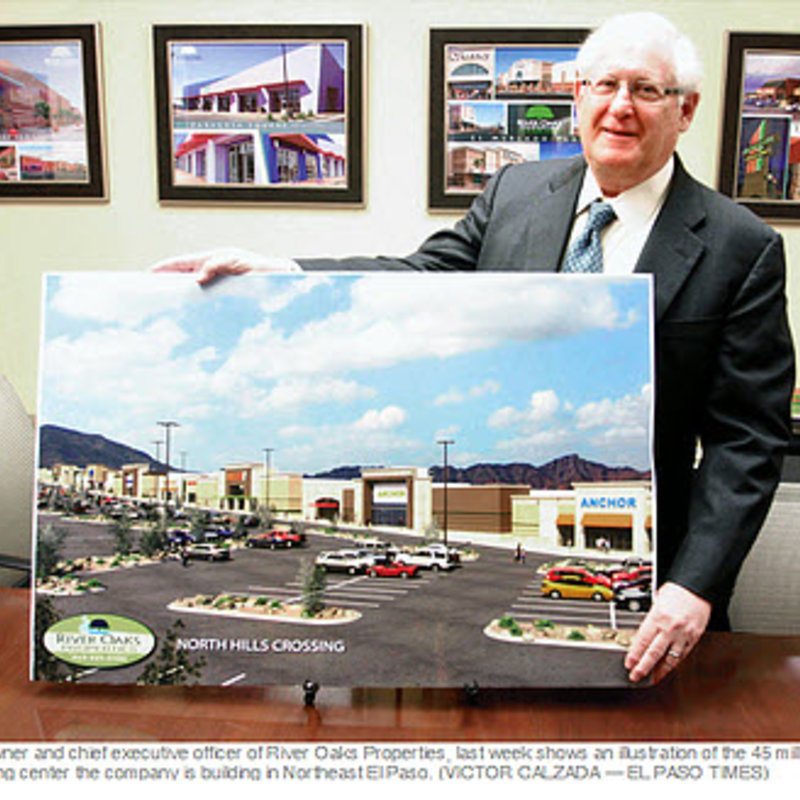 EL PASO - River Oaks Properties will spend nearly $200 million to develop about 2 million sf of primarily retail space in strip shopping centers over the next four to five years. River Oaks’ largest current project is the $45 million, 250,000-sf North Hills Crossing center at US Hwy. 54 and Martin Luther King in store-hungry Northeast El Paso. The official groundbreaking will occur in September 2014, but dirt work has already begun on the center, which will be anchored by a Walmart Neighborhood Market.

In 2014 and 2015 River Oaks plans to spend about $100 million to add nearly 700,000 sf of retail space at eight shopping centers in East and Northeast El Paso, and build two 10,000-sf emergency medical-service buildings for a national chain in East and West El Paso. The 500,000-sf Montana Commons, River Oaks’ largest shopping center ever, is scheduled to begin construction in 2016 at Montana and Joe Battle. The center will be on 50 to 60 acres of the 212 acres River Oaks purchased in 2013. The company plans to sell the rest of the acreage to apartment and home developers. Gander Mountain, a national outdoor sports specialty chain, is scheduled to open a store in a portion of the 120,000 sf River Oaks is adding next to Home Depot at Montwood and Joe Battle.

River Oaks also expects to begin construction in 2016 on a 120,000-sf center on 15 acres at I-10 and Redd Rd. In addition, the company will add another 600,000 sf by 2019 at several other shopping centers that are still in the planning stages. In 2013, Texas shopping centers employed 1.4 people per 1,000 sf of retail space, according to the International Council of Shopping Centers. Therefore, River Oaks’ projects could add at least 2,800 retail jobs in El Paso in the next four to five years, including about 960 jobs in 2014 and 2015.

Mimco Inc., El Paso’s other large shopping center developer, is adding about 200,000 sf of retail space in 2014 with two new shopping centers in West and East El Paso. The company is also beginning construction on a new center at McCombs and US Hwy. 54 in Northeast El Paso that could eventually grow to 200,000 sf, according to Bob Ayoub, president of Mimco Inc.