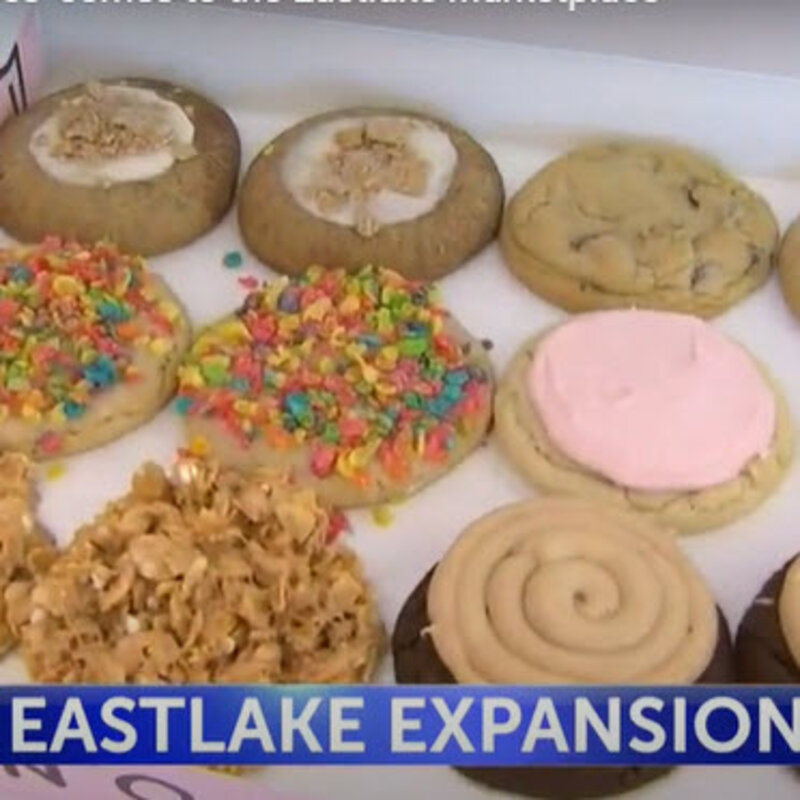 The marketplace sits across the street from one of the largest online retail giants in the nation, the Amazon fulfillment center, which was set to bring about 750 jobs to the borderland.

“It used to just be sand, that was it, just desert but now it’s very different,” said Valentina Verdugo, a resident living in the area. “…a lot more traffic, like everyday and at all times, but it’s very nice because we didn’t have anything and now we do.”

One of the most recent added to the list of stores at the marketplace is Crumbl Cookies.

The cookie store was made popular throughout the nation through the social media platform, tiktok. Obtaining over 4 million followers on the app.

According to Crumbl, they are now the second-largest cookie company in the nation.

They are known for their rotating weekly menu of different kinds of cookie flavors.

One family told ABC-7 they made the nearly 2 hour drive from Alamogordo, New Mexico just to get their cookies.

“We’re cookie fanatics, we love Crumbl, and we order them at least every other week but this is the closest location to where we live. We live in Alamogordo, so we came out,” said Jessica Aranda Traveler from Alamogordo, NM.

El Paso’s been great, we’ve had a huge turn out we’ve actually been one of the top performing Crumbl’s in the country since we’ve opened and were continuing to expand here,” said Shaun Marsh, Owner of Crumbl Cookies.

Construction of a second Crumbl Cookies is underway now which will be located at the market at Pebble Hills and then looking to eventually expand into West El Paso.