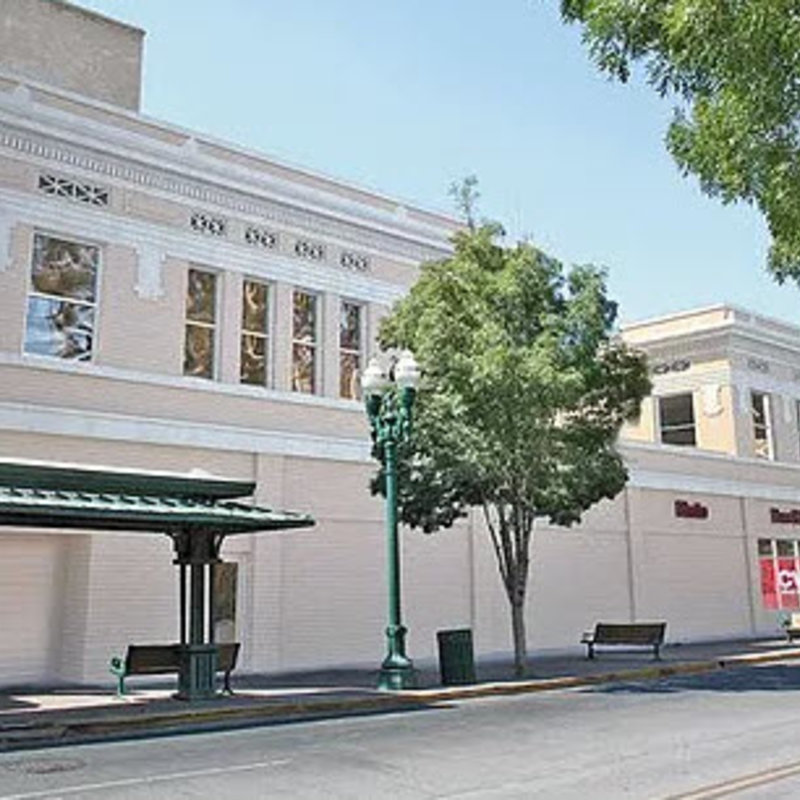 The nation’s two largest pharmacy chains will go head to head in Downtown next year, when CVS opens its first El Paso store at 201 Mesa at Texas - directly across from an existing Walgreens store.

“It’s not unusual to find our stores on opposite sides of intersections because we look for the same or similar attributes for our locations,” said CVS spokesman Mike DeAngelis.

CVS’ plans to open the new store in February represent the first Downtown opening by a major national retailer in years.

Crews are busy at the century-old Buckler Building laying new bricks and repairing old brickwork on the exterior, cleaning up and rewalling on the second floor and remodeling the new store area on the first.

In addition to pharmaceuticals, DeAngelis said, the CVS store will sell groceries, health and beauty products and general merchandise. For now, the company plans to use the second floor for storage.

However, a records clerk at City Hall said the building permit process for the Walgreens project appears to be held up. Construction has yet to begin on the new store, which will replace the one across from CVS.

“We would prefer to discuss our plans for the property after the permit is issued and sometime closer to when work is under way,” Walgreens spokesman Jim Graham said.

DeAngelis said CVS saw El Paso as the logical next market for expansion in Texas. The company, the nation’s No. 2 pharmaceutical outlet behind Walgreens, has 7,400 stores nationwide and 550 in Texas.

He wasn’t sure why his company picked one of the poorest ZIP codes in the nation for its first El Paso store, but he’s sure the company planners had good reason.

“We do our due diligence,” he said. “The things we look for are convenience and accessibility, like the location at Mesa and Texas, and another factor is underserved markets. We did see a need in the Downtown area.”

Adam Frank, president of River Oaks Properties, said in an email that his company recruited CVS and sold it the 30,000 square-foot, two-story Buckler Building.

“It took lots of hard work over a long period of time to not only get CVS to commit to the El Paso market but for Downtown to be the first location in our great city,” Frank said.

Built in 1910, the Buckler Building has a storied past going back to the early 1900s when it was known as the Elite Confectionary.

A photo from the Otis Aultman Collection at the El Paso Public Library shows Mexican revolutionary commanders Pancho Villa and Pascual Orozco having ice cream there together in May 1911.

According to an historical plaque that used to be on the building, it was on May 8, 1911 that Villa and Orozco defied the wishes of Mexican leader Francisco Madero by ordering their soldiers to fire on Mexican federal troops.

The historical plaque reads: “When Madero found out the troops had begun the Battle of Juárez against his orders, he unsuccessfully tried to reach both Orozco and Villa and have them call back their troops. Orozco and Villa were said to be hiding in El Paso to make sure Madero couldn’t reach them.”

There might have been questions about the CVS remodeling if the Buckler Building were listed as contributing to the Downtown Historic District.

But the 1910 building was listed as “noncontributing” in a controversial historical inventory of Downtown buildings carried out shortly before the establishment of the historic district in 1992.

Bernie Sargent, chair of the El Paso County Historical Commission, said he disagrees with that determination and others in the inventory. But he was glad to hear that CVS’ plans for exterior design will resemble the original Buckler Building.

The same issue arose recently regarding the Muir Building, designed by Henry Trost but significantly altered by a Payless Shoes outlet, and the Union Bank and Trust Building. It stands next to the site of an 1880s-era building, once used by John Wesley Hardin for his law offices, that was destroyed by fire in April.

The city has approved the demolition of the Muir Building, but the city’s Historic Landmark Commission recently denied a permit to demolish the Union Bank and Trust Building. River Oaks, the owner, is appealing that decision to City Council.