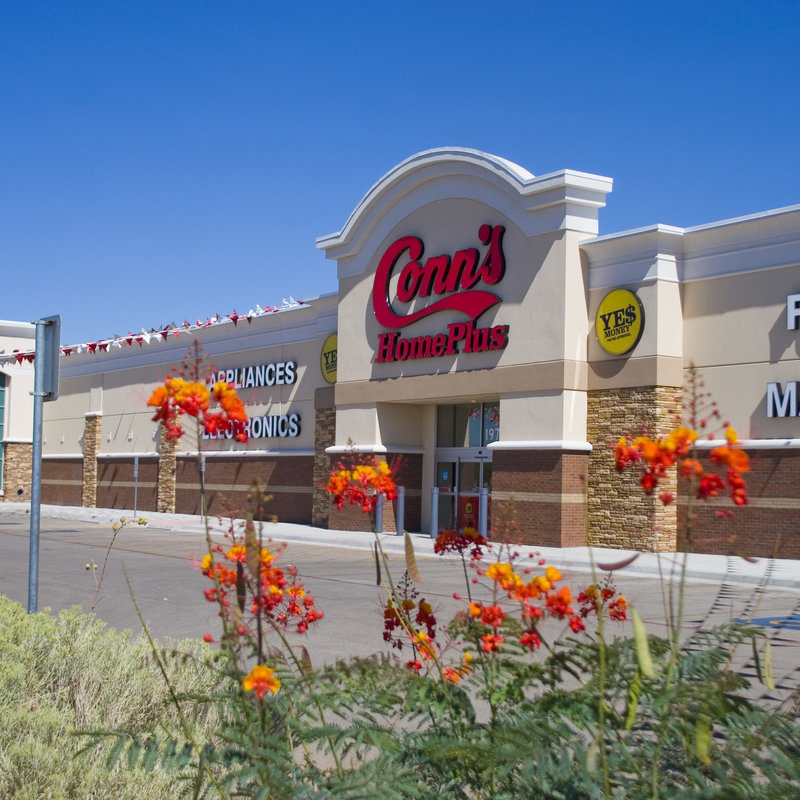 THE WOODLANDS, Texas — Furniture, electronics and appliance retailer Conn’s has opened four new stores in the past few days, filling out existing markets in Texas, North Carolina and Tennessee. In El Paso, Texas, the credit-oriented Top 100 company opened a second 40,000-square-foot Conn’s HomePlus store on Zaragosa Road June 27. It followed with three new units during the July Fourth weekend: a more than 50,000-square-foot HomePlus on Austin Peay Highway in Memphis, Tenn.; and two Charlotte, N.C., stores — a 46,000-square-foot showroom on JW Clay Boulevard, and a 43,000-square-foot unit on New Hope Drive, in nearby Gastonia, N.C. With the latest openings, The Woodlands, Texas-based retailer has added more than 100 jobs, and more are expected with another store opening coming in Tennessee in September, the company said.

With more than 90 stores in 12 states, Conn’s said the latest expansion is part of larger strategy of opening 15-18 stores through early February, or around the end of its fiscal year. Conn’s has tied gift card giveaways, promotions and a chance for area customers to win $10,000 shopping sprees, to the opening festivities. It also is donating more than $300,000 worth of books to children through a 2015 initiative with partner charity First Book.