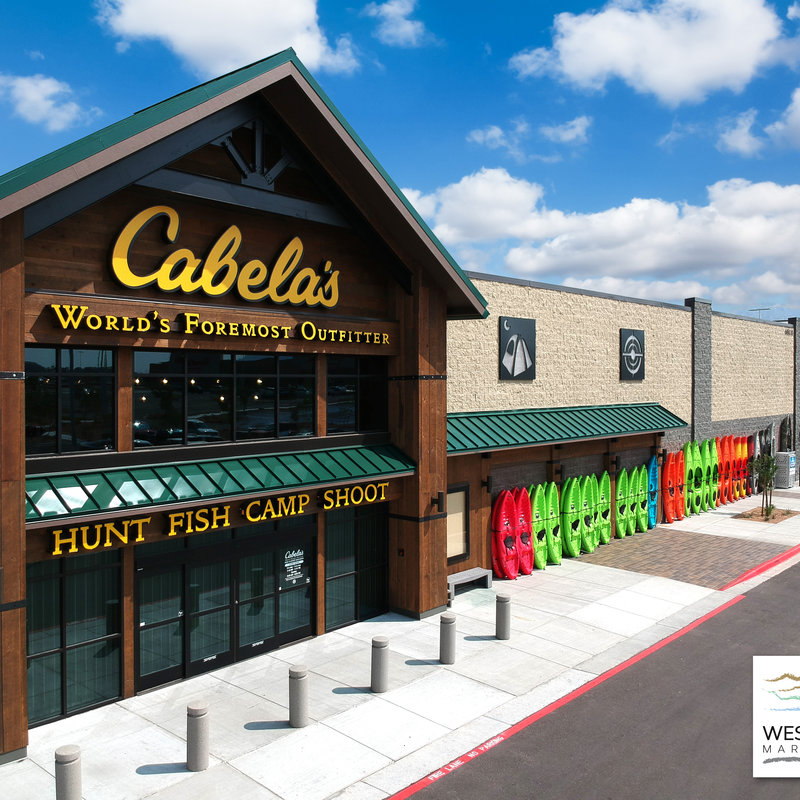 Cabela’s was known most for its mammoth, tourist-destination stores. But the 50,000-square-foot El Paso outlet is one of its smaller-format stores, which is now the chain’s focus.

The store in West Towne, located at Interstate 10 and Paseo del Norte (Artcraft Road), is set to open Sept. 14. Some sneak preview events will be held for special guests and the news media several days before the public opening.

The store will open just as Cabela’s is being acquired by Bass Pro Shops, another outdoor sporting goods chain also operating large, destination-type stores. The $5 billion deal is expected to be completed this month.

Cabela’s will be the first of a string of stores and restaurants to open from mid-September through the middle of next year in West Towne, said Adam Frank, president of River Oaks Properties, which developed the 500,000-square-foot shopping center.

PetSmart is scheduled to open in late September, followed by the T.J.Maxx/HomeGoods store in early October, Frank said. The name signs on those stores are already in place in one row of buildings above Cabela’s.

Cabela’s is one of three large anchors in West Towne. The others are a Walmart Supercenter, which is to be under construction soon and is expected to open by the middle of next year, and a movie theater, which likely won’t open until 2019, Frank said. River Oaks has not yet announced which company will locate a movie theater on an empty lot next to Cabela’s.