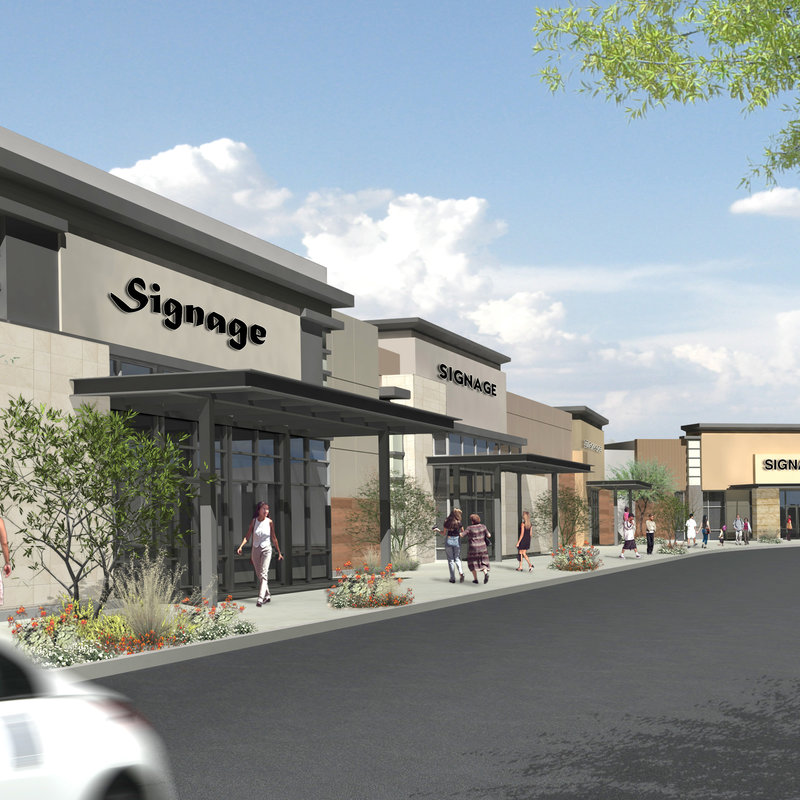 A $100 million-plus shopping center that the developer said will be in the mold of the Farah and Las Palmas shopping centers in East El Paso will be built in far West El Paso. The 500,000 square-foot West Towne Marketplace is expected to be completed by the end of 2017. It will be on 63 acres in the northeast corner of Interstate 10 and Paseo del Norte (Artcraft). “It will be similar to Las Palmas and Farah. Both Farah and Las Palmas have big-box tenants and restaurants,” said Adam Frank, president of River Oaks Properties, one of El Paso’s largest shopping center developers. The so called regional power center is being designed by a nationally known, Phoenix architectural firm that will push the ambiance to fit the neighborhood, Frank said. It will have upgraded landscaping and be pedestrian friendly, he said.

West Towne will be the largest shopping center built by River Oaks in its 48-year-old history, Frank said. The company, which specializes in building neighborhood strip shopping centers, was already in the midst of a previously announced, five-year, $200 million-plus shopping center construction tear before announcing the West Towne project this month. River Oaks plans to open six strip shopping centers this year. The company is owned by Gerald Rubin, founder of consumer products company Helen of Troy. He’s now River Oaks chief executive officer. “We felt the economy was right in El Paso and nationwide to do this project,” Frank said. “Most of our projects are in far East El Paso, and we felt it would be good to do one on the West Side.” Mike Doblado, general manager of the almost 432,000 square-foot, 96-store Outlet Shoppes at El Paso, located near the West Towne site, said he expects the new center will help draw more shoppers to the area. “It’s good for the economy, and we think there’s enough room for all of us,” Doblado said in an email. “As a power center, it’s a different kind of shopping experience than the outlet shopping experience we provide.” The outlet mall, which opened in fall 2007, continues to have sales increases, Doblado said.

West Towne will be anchored by a supermarket, movie theater, and sporting goods store and will have “all kinds of restaurants,” Frank promised. It also will have some upscale retailers, he said. Names of retailers that may be in the center can’t be divulged yet, Frank said. But the grocery store won’t be a Walmart Neighborhood Market, a Trader Joe’s, or Whole Foods Market, he said. “We have in excess of 25 letters of intent” from possible tenants, Frank said. “We probably will start announcing tenants in the next couple of months.” Rick Butler, president and founder of Butler Design Group, the Phoenix architectural firm designing West Towne, said the center’s architectural design should help attract retailers. It will have a contemporary Southwest design using a mix of colors and various materials, including stone and wood, and feature pedestrian walkways with seating areas, plazas, and lots of landscaping, Butler said. Buildings will be linked by walkways to give it a strong pedestrian connectivity, he said. It will have an “identifiable sense of place,” Butler said. A focal point in the middle of the center will be a large roundabout with lots of landscaping and possibly a water feature, he said. Butler’s firm has designed many eye-catching retail centers in the Phoenix area, including its signature project, the 120-acre, 1.3 million square-foot Tempe Marketplace, which has dramatic light and laser elements, outdoor fireplaces and unique water features.

Rick Amstater, partner in RJL Real Estate Consultants, an El Paso real estate company, and leasing agent for West Towne, said a well-designed center is an asset. But the key to attracting retailers to any center is to have strong anchors, he said. “I think we will have some good anchors, and that will attract other retailers,” Amstater said. Amstater began looking for possible retail tenants for the site’s previous owners, he said. National retailers have been receptive to the site, which is helped by its I-10 location, he said. River Oaks bought the 63 acres from Western Refining founder Paul Foster and two partners, who for several years had been looking at putting a retail center there.

“We were working with Centergy (Retail) to look at potential development scenarios,” Foster said in an email. Centergy is the Dallas developer which did The Fountains at Farah shopping center on property Foster owns at Interstate 10 and Hawkins in East El Paso. Stores at the 600,000 square-foot Farah center began opening in September 2013. “River Oaks made an unsolicited offer to purchase the property from us and we decided that the economics were better for us to sell than to develop the property ourselves,” Foster said.

No sales price for the property was disclosed.